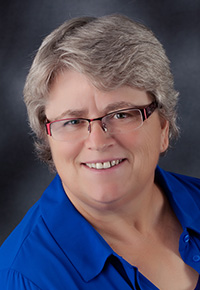 Lisa Larsen’s family moved to Larned, Kansas around 1971 after her father retired from the military. In 1981, Lisa earned her BS degree in Geology from Fort Hays State University. She lived in Lawrence from the mid to late 1980’s and returned in 1998. Her career has spanned more 30 years as an Environmental Geologist. She initially worked in the environmental regulatory field for the Kansas Department of Health and Environment. In 1992, she started an environmental consulting firm, Larsen & Associates, Inc. In 2014 she sold her business.