A video news piece highlighting different aspects of city government and projects, programs and events that impact our residents.

These videos and more may be found on the City of Lawrence YouTube channel. 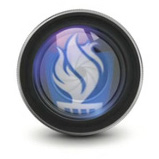 The City of Lawrence Utilities Department are in Phase II of its Rapid I/I smoke testing program, which focuses on neighborhoods in East Lawrence.

Each holiday season, the men and women of the Lawrence Police Department work together to provide holiday joy to families in need in the community.

Have you ever considered a career in city government? The City of Lawrence has many career opportunities available in the public sector.

Roll Out of Recycling Carts

The City of Lawrence began delivery of recycling carts to all residential households in Lawrence in September 2014. Curbside recycling starts October 21 – visit www.LawrenceRecycles.org for information.

All buses in Lawrence are equipped with bike racks – in this video, a frequent rider demonstrates how to take a bike on the bus.

As a vital component of the entire transportation system in Lawrence and Douglas County, bicycles provide both essential commuter and recreational transportation. This video explores roadway safety, emphasizing the importance of shared use of our roadways between bicyclists and motorists.

Lawrence’s newest recreation center, Sports Pavilion Lawrence, is set to open in September. This video provides a tour of the building as it gets closer to opening. The new recreation center will have 8 full-size basketball courts, which convert to 16 full-size volleyball courts, an indoor soccer/sports arena, an 1/8 mile indoor walking/jogging track, tennis courts, and outdoor trails for recreation. Sports Pavilion Lawrence is designed to handle numerous sports tournaments as well.

Every summer in Lawrence, people moving between rental properties leave behind unwanted items in the yard or by the curb for the city’s Solid Waste Management crews to pick up. Educating citizens on recycling, reuse, and donation of these items helps foster a cleaner environment, requires less use of landfill, assists the community’s needs, and puts less burden on city resources.

This month’s edition of Lawrence In Focus discusses the city’s fireworks ban and safety precautions for the holiday, major water utility projects in progress to ensure reliable water supplies, the city’s new rental licensing program and a new art-themed bus driving around town.

This month’s edition of Lawrence In Focus discusses Building Safety Month and why building codes are important. In Focus also highlights our Household Hazardous Waste Facility and the service to the community.

This month’s edition of Lawrence In Focus discusses upcoming trash route changes for residential customers, street maintenance projects to improve our roads, board and commission volunteer appreciation, and how to build a rain barrel.

This month’s edition of Lawrence In Focus looks at a new texting feature for the transit system, the City Prosecutor’s Office and ways to prevent trips and falls in your home.

This month’s edition of Lawrence In Focus looks at the upcoming construction season, riding the bus in Lawrence, and helpful tips for disposing of trash and bulky items.

View past episodes in the archives below, or check the city’s YouTube channel.